Blogging VS Vlogging 2021: How to Choose? [Definitive Guide] 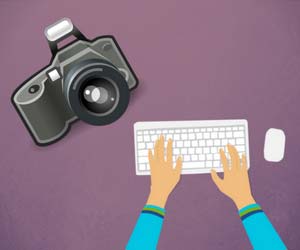 Blogging vs. Vlogging became a very popular rival between a lot of people.

That rival has come for a reason – both activities are very effective and popular for individuals or even various brands who seek to be more visible than ever before.

Moreover, blogging and vlogging help people to reveal their knowledge to everyone who might be engaging in a particular topic on the internet and make some additional money.

People start considering which way is better – a blog or a vlog?

The complete rundown about Blogging vs. Vlogging, which way is better for making money, revealing yourself as the author, personality, or even which method is more comfortable to start creating the content.

Difference Between Blogging and Vlogging

Anyway, content creators on the internet have one pressing question about blogging vs. vlogging in 2021.

Which way is it better to publish your created content – a blog or a vlog?

Different age people are getting used to adding and publishing content on the internet in 2021 very quickly. Everyone wants to share his opinion about the particular event, experience, or even want to share his daily news with strangers.

Before you start a blog or a vlog, you have to make a choice and decide which way is better for you. Actually, should you write a blog or make videos depends on what do you want to achieve from this activity and what your skills are.

So, this rival: blogging vs. vlogging is closely related to a personality who creates the content.

So, let’s dive deep into it.

Which One Has More Traffic?

Blogging and Vlogging traffic has changed in the past 5-7 years very dramatically.

Blogging as the genre of content was created around the 2000s and even earlier. Basically, blogging was created almost in the same period with an internet connection.

In comparison with vlogging, which is a pretty new concept of publishing content, blogging is the ‘old school strategy’ which could be too old and unpopular right now, but it isn’t.

Meanwhile, the vlogging genre was created around the 2010s, but it became very popular and attractive among people just a few years ago. You can only imagine that the most popular vlogger and YouTuber PewDiePie created his channel just in 2010.

Moreover, the quality, back these days, of the vlogging was horrible. But now everything is changing!

A lot of experts say that YouTube should be the number 1 searching platform on the internet and it will pass GOOGLE around 2022.

WHICH ONE GENERATES MORE TRAFFIC?

In general, you can see that YouTube started dominating the internet.

However, blogging as a way of publishing content is still popular, and a lot of people from over the world are searching for information on Google, which still directs readers to your blog post.

In my opinion, both ways of publishing content have their place and readers/viewers on the internet, and it is a natural behavior.

Traffic depends on the audience and your content. You have to throw these comparisons blog or vlog away and choose which one is right for your content.

Which Way is Better for Making Money?

Despite the informative information which will be presented to the audience, authors also want to make money from it, right?

First of all, both activities, Blogging and Vlogging, have massive audiences. We have published an article as an example of how much you can earn from 1000 views on YouTube, you could find it here.

All videos on YouTube combined are watched more than 3 billion hours and 1 billion views every single month.

You can imagine how many people you can reach with a perfectly created video that could be viral.

There are more than 6 billion searches a day worldwide on the WEB, including all searching platforms. If we convert these numbers to clicks on results we found, we could make the simple adjustment that there are more blog page views per day than views on YouTube. 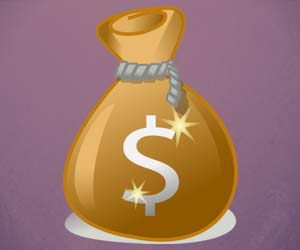 Blogging and Vlogging payout structure most of the time remains the same. In most cases, bloggers and Vloggers or YouTubers make money by using Google AdSense as the primary source.

Needless to say, that there are more different income sources as well:

In both ways, you could make money by adding affiliate links to your posts or videos, commercials, etc.

In general, most of the time, income from blogging or vlogging depends on the traffic!

But here’s the kicker:

I agree with most of the marketing experts who say that vlogging has more potential for making more money than blogging in the future!

Video has an entertainment factor in its pocket. It means that people are more interested in videos and could pay more attention plus spend more time on your channel, which will lead to a more significant conversion rate.

The GREATEST ADVANTAGE of MAKING MONEY from vlogging:

If you have 0 views and 0 subscribers, your video could get viral due to appearing in the platform suggestion section. In other words, vlogging is a better way of making money if you already have a viral idea and could transform it into a video format.

If you still don’t know which method is more suitable for you, I prepared a comparison of the blog vs. the vlog Pros and Cons.

A)You could create your website and share your created articles, posts by adding various opinions, reviews, photos from traveling, etc. Successful bloggers could create their community, which is closely related to your hobbies, and so on. B)Being vlogger doesn’t require a lot of expenses for blogging kit. A laptop or PC is essential, but you don’t need to buy an expensive Laptop. It’s more than enough to buy a Laptop/PC for +/- $500. You can write articles from anywhere and at any time. Besides that, if you feel that you are not able to write a good post, you could hire a freelancer who will write an article about your idea. C)There are already created a platform for blogging that doesn’t require any specific knowledge of web development: WordPress, Tumblr and so on.

A)For some people, who want their blog and are not familiar with website development, it could be challenging to create their website on various CMS. B)One of the main challenges bloggers face is learning and keeping up to date with Search Engine Optimization (SEO). Some of them don’t even know how SEO works. By knowing at least the basics of SEO strategies and how it works could add a lot of traffic for your blog post. C)According to some popular opinions and resources, day after day, blogging is losing its popularity due to YouTube’s massive growth.

A)YouTube started changing standard TV programs, and everyone can be part of it and have their channel with their audience on this platform. B)By being a vlogger, you can make money not even from commercials or Google AdSense, but also you can promote yourself as a reliable specialist in any field. People say that YouTubers became more popular than a lot of TV Show stars in the past two years. C)Vloggers can easily reach an audience with similar interests as they have. At the same time, it is easier to keep your audience longer on your channel than reading a blog post. D)There is a list of endless ideas of video content and challenges on YouTube. Viewers love to watch the same content provided by different YouTubers.

A)If you have decided to be a vlogger, first of all, you should have some savings for starting a vlogging kit. Needless to say, that if you want to create an informative and high-quality video, you should have at least a comfortable vlogging camera, tripod, and microphone. There are many more items that are recommended for being a vlogger, but first of all, you should make sure to buy these essentials. B)Apart from this, the biggest cons of being a vlogger is the courage to put your face in a video that could go viral on the internet. For most of the starter’s fear of vlogging is a considerable challenge that must be overcome.

IC)n comparison with bloggers who need to learn how to build a functional website, vloggers should know how to edit videos. There is a magnificent video montage on YouTube, and you have to follow them. If you don’t have experience in editing videos, hire some freelancers to do it.

How to Choose Between Vlogging and Blogging?

If you are still considering blog or vlog and which one to choose – I could say that vlogging is the winner in this blogging vs. vlogging rival, but it depends on your content.

Both platforms provide an amazing opportunity to share your content and reach new audiences. It depends on how do you feel in front of the camera and what kind of content you are going to produce

If you are not comfortable, it is better to create a high-level informative blog than a low-quality video. Plus, most likely, blogs are more informative resources, vlogs are more engaging and entertaining!

Best 26 Gifts For YouTubers and Vloggers 2021 (For Every Occasion)

How to Vlog in Public? 10 Awesome Tips!

Related Articles
We will be happy to hear your thoughts