How to Vlog in Public? 10 Awesome Tips! 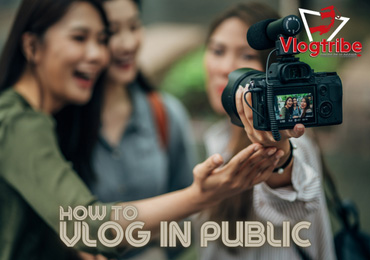 If you are starting vlogger, you probably ask yourself how to vlog in public without being embarrassed and awkward, right?

In this article, I will help you solve the fear of vlogging in public, as my colleagues did a few years ago.

All of these 10 awesome tips on how to overcome your fear of vlogging in public are extremely helpful for not only first-time vloggers.

Let’s dive into it!

1. Take a Friend to Join You

It is not a secret that a lot of beginners are afraid of vlogging alone outside their comfort zone. Well, the partnership makes everything easier and simpler. If you feel convinced about going out and vlogging in public, ask your friend to go with you.

Your friend will help you to overcome the fear of vlogging in public, just throwing jokes on you, giving energy boost or additional ideas, challenges, and even tips about speaking in front of the camera.

Moreover, if you will ask him to be a part of the current episode of the vlog, he might join you in a separate shot!

2. Choose the Place of Vlogging

For the first time vlogging in public, I would recommend choosing the place of vlogging very carefully. Try to find out the attractive and interesting place in your area, which might be interesting for your viewers and also people would enjoy what you are doing.

It’s very important because if you decide to create your vlog in a boring and poor place where people are in a hurry and so on, nobody will watch it.

Choosing the place before vlogging in public helps you to prepare further steps and even the script of the vlog.

To the best of my knowledge, the amazing public place for vlogging (first time) could be national parks, lakes, or some kind of events for YouTubers where people are more enjoyed about the time there and not their daily duties.

The elevator speech is a short explanation in a few sentences about your idea or behavior. It is being used in start-up competitions and you can use it to avoid confusion when you are vlogging in public.

Here’s how to do it:

Before you go out for vlogging in public, prepare short elevator speech phrases for the most common questions.

Let’s say somebody comes up to you and asks, what are you doing here?

Your answer will be already prepared:

“I’m doing a travel series for my YouTube Channel, or I’m a professional YouTuber and creating videos every single day, do you want to hop in and say hi?”

Do you see it?

Don’t be afraid of giving the shortest true answers to people from the public and you can offer them to be a part of your vlog as well. 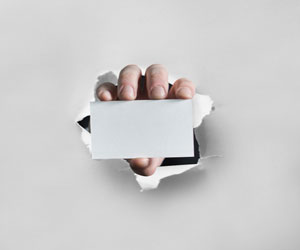 The next following step on how to vlog in public is to take some business cards with yourself.

Why should I take my business cards while I’m filming in public?

I could say it from my experience.

A lot of people are scared of vlogging in public because somebody could stare or look at me funny, correct?

You can approach them by giving them one of the most important and reliable tools – the business card.

You will reduce your stress level while you are vlogging in public. Also, you will introduce your YouTube Channel in a very professional way. Believe me, everybody will be looking at you with a ton of respect, and who knows, maybe you will get new subscribers?

The 5th tip for how to vlog in public – start at home first. Again, it comes from my colleague’s experience.

Believe me, it is way easier to make a vlog in public when it’s already have been started at home.

Start your daily vlog from the shot while you are preparing for going out, let’s say to the amusement park. It will be easier to continue existing footage than start brand new in the public.

This tip touches the vlogger mindset. You will be excited about what’s going on. Moreover, you will have already started a vlog about the amusement park, and naturally, it will be easier to continue in public.

I would strongly suggest you, especially for the first time to use a vlogging script. It will help you to avoid endless uninformative speech.

How does it work?

Prepare what do you want to say before turning on the camera in a particular situation.

You know that you are coming into the electronic store and you need to buy something from there. Just turn your camera on, say a few sentences and turn it off till the next video shot.

When you keep your sentences short, you will be more comfortable because you know that you will end this awkward moment just in few seconds.

This tip is amazing for vlogging in public, especially for the first time. It will help you to get used to vlogging faster! 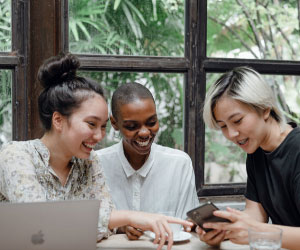 If you have already decided to go out to make some vlogs in public, make sure to be bold!

You should speak in front of the camera loud, clear, and with confidence! Make it obvious to everyone that you are vlogging.

If you think that you can speak loud and clear, do some practice at the home of your private yard. If you are afraid that someone else will be staring at you and throw jokes on you, it’s more likely because you will not be confident.

Being bold is an amazing way to start getting more comfortable and attracting people to yourself while you vlogging as well.

8. People Are Not Thinking About You

Many starting vloggers think that everyone is watching them and obsessing about them, but it’s not true. Of course, sometimes people could watch you and whisper about you with their friends, but it will last for a few minutes and that’s it.

It is happening because people are not used to watching other people who talk in front of the camera – it’s a natural effect.

Keep in mind, no one is really thinking about you. Most likely, they will watch your video after some time on your channel!

Be positive and go straight to it! Don’t wait until all the people from the street pass you.

First of all, it will take too long, secondly, look at the other YouTubers, probably you won’t often see that someone is staring at them, correct?

Turn on your smile, and step out from your comfort zone NOW!

This vlog is a very good example of what do I mean. I strongly recommend you to watch it!

STEPPING OUT OF MY COMFORT ZONE … MY FIRST VLOG || Georgia Productions

The last tip for how to vlog in public is JUST DO IT.

When you decide to go out and make some vlogs in public, think about yourself and your future viewers. What is more important to the thousands of people who are going to watch your video or just a few awkward looks around you?

If you want to lose your fear of vlogging in public, grow and create one of the most popular videos on YouTube one day, you must do it over and over again until it will be the natural behavior to you.

Yes, it requires some effort to overcome it, so you can use all these previous 9 tips on how to vlog in public and overcome the fear of vlogging as well!

I honestly believe that these tips will help you to get over the fear of vlogging, will motivate you and you will be surprised how quickly vlogging in public becomes your natural behavior.

Blogging VS Vlogging 2022: How to Choose? [Definitive Guide]

Is it Safe to Have a Vlog? What Are The Dangers of Vlogging?

We will be happy to hear your thoughts

We hate spam emails too. You will receive only emails that you are interested in directly to your mailbox.

How Much to Charge for Video Editing? Tips and Rates